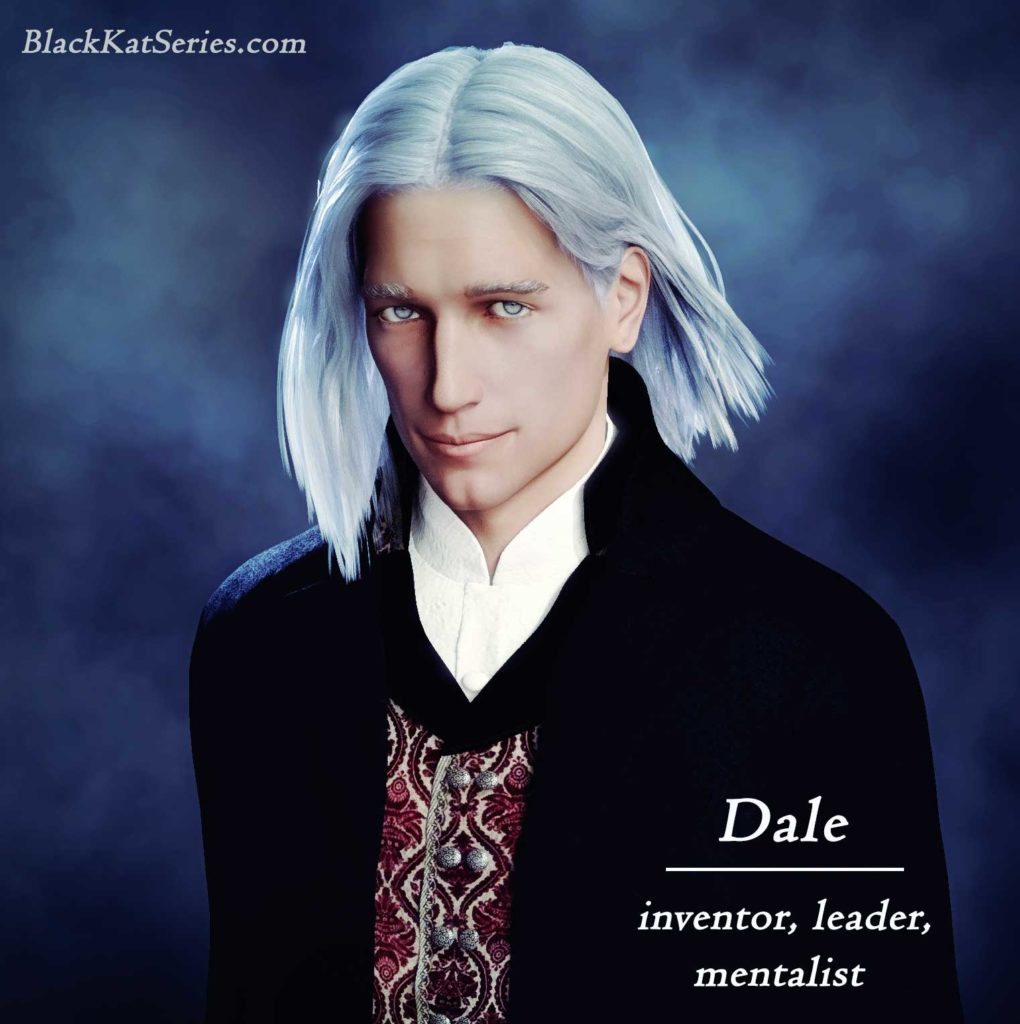 Summary: Hugh’s older brother. A powerful mentalist and illusionist with highly developed teleportation and telepathic powers. A genius with severe mood issues and a haunting past. Also has some abilities with time. Talks a lot, thinks more.
Closest friends: Hugh (he tends to keep to himself mostly)
Secrets:

Dale’s Notes: What can I say about myself? I love to talk, even more than Hugh does, but rarely have anyone around who can keep up with the conversation. My mind careens from topic to topic, and sometimes even my mouth can’t keep up. I have trouble sleeping, and sometimes go for days at a time without rest. I enjoy experimenting with Tesla’s theories about quantum physics and quantum mechanics. The universe is a big place, and I am finding my place in it, along with lots of other places. I love to study everything and anything. Knowledge is power. The more the better, as long as its used for good and not evil. I believe most people can be redeemed, though I’ve met a few that couldn’t. I let my brother handle them. I’m too busy making new discoveries.

Appears in: I’m mentioned in Unlucky Charm and Kat & Mouse, and finally make an appearance in God Save the Queen and Playing with Fire. You’ll see me a lot more in upcoming books, especially Kat-A-Strophic.