Name: Karma
Nicknames: Lady Luck, Miss Fortune, Kali, Kalita
Type: Energy shifter specializing in luck and hexes
Age: a mystery, like she is
Ethnicity: Indian
Nationality: British
Status: Single, but willing to take the leap into mated bliss with Jared, if she doesn’t hit him with a bus first
Hair: Black
Eyes: Golden, mesmerizing
Height: 5’9” (though often wears heels, making her much taller)
Weight: unknown
Family: None
Location: Unknown. She never stays in one place long. She’s always been restless.
Occupation: No one knows for sure, but she’s had some unsavory ones in the past
Favorite Saying: “A little misfortune goes a long way.” 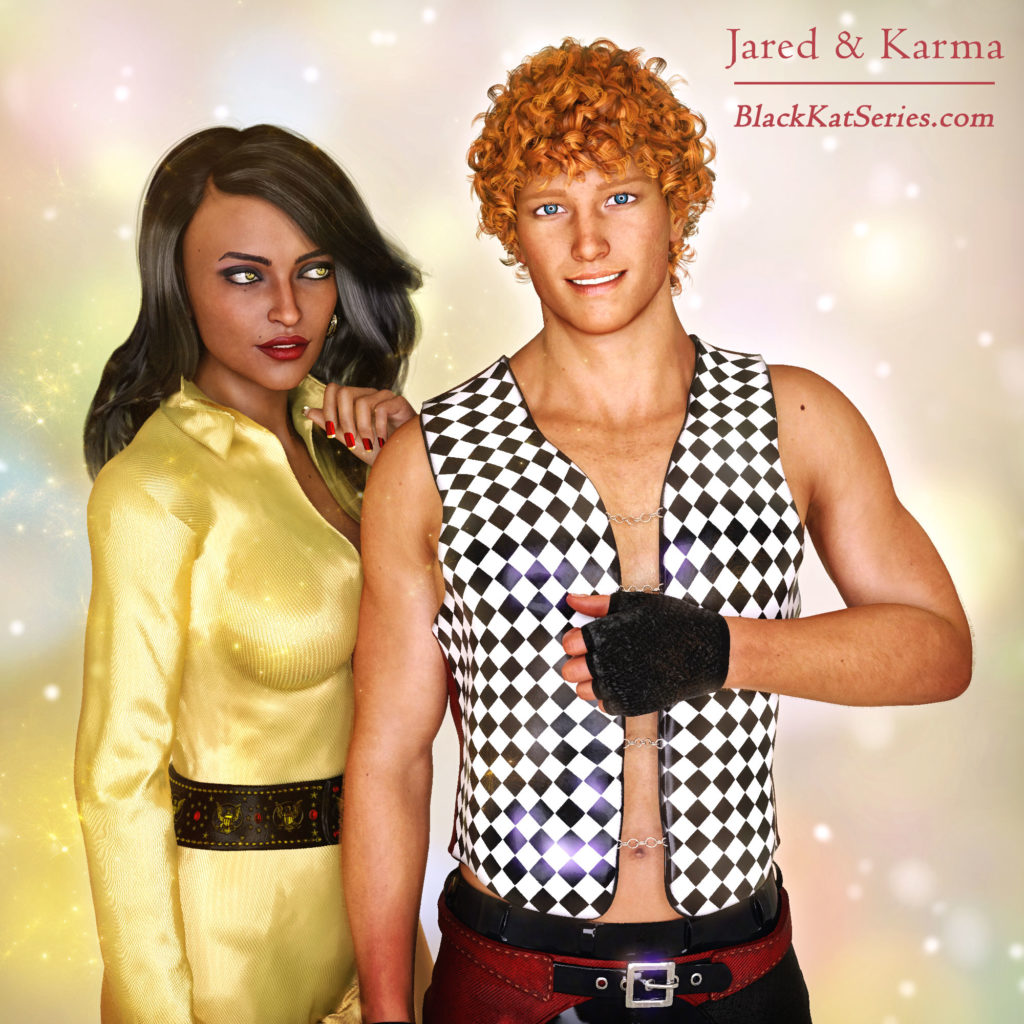 Summary: A dark, mysterious woman from Britain with luck powers. Appears to be of Indian origin. No one really knows for sure what she does for a living, besides bless and curse people and sparkle non stop. Enjoys company of the male persuasion and sometimes likes to hit people with buses.

Closest friends: Doesn’t have any, though she adored Selena.
Secrets: Haunted by her past, in love with Jared, which is a big deal for her. The ability to love any man after what she has been through, is significant.

Dale’s Notes: Karma is a difficult person to know, even with my abilities. She only reveals what she wants to. She has a sordid past, which my brother rescued her from. She is eternally loyal to him for that, but for some reason, her powers have a bad effect on Hugh, making him the unluckiest chap on the planet and causing piles of trouble. We are still in a quandary as to what to do with her. She has never sworn the oath to be a Super, but is not a Rogue, nor a direct threat. Keeping her busy seems to be the best solution so far. The energy twins have their hands full with her.