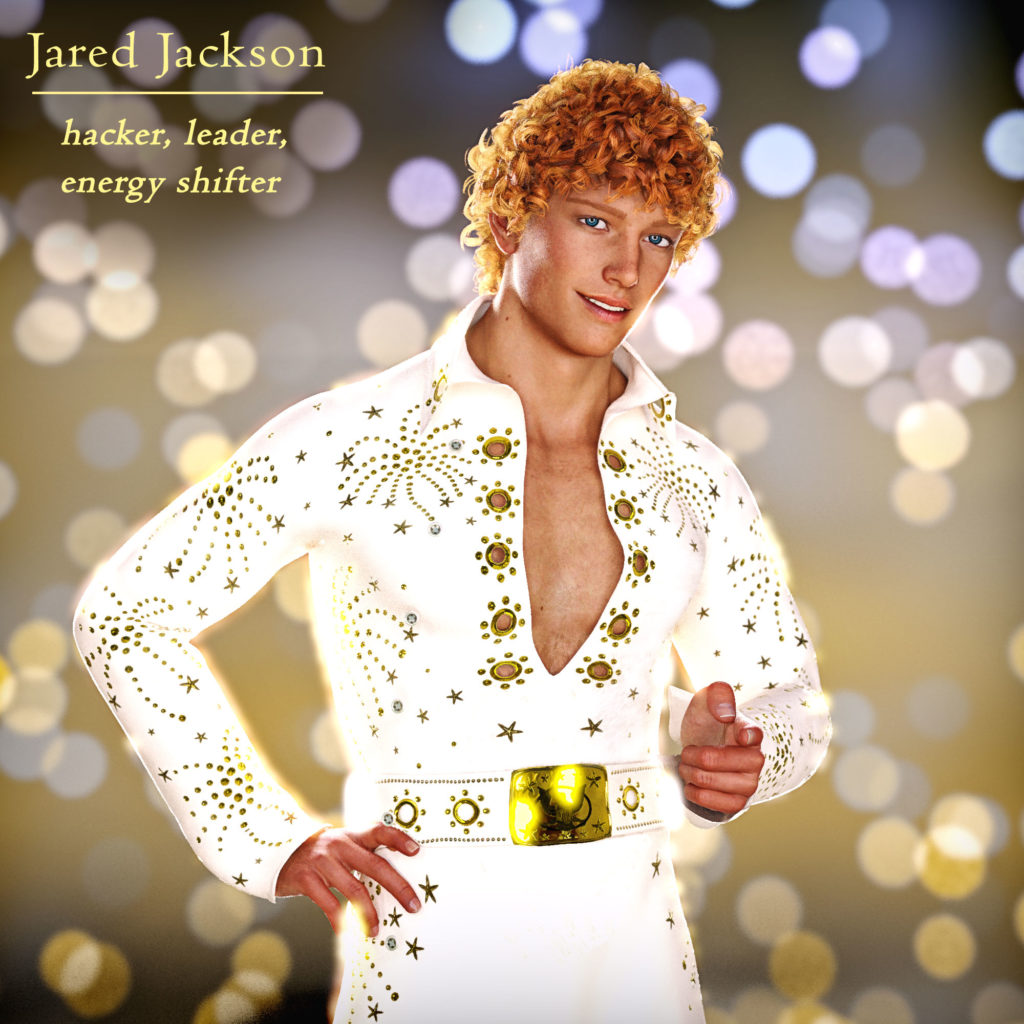 Summary: An energy shifter. Cannot create his own energy. Instead, he absorbs it from other sources and enjoys studying it. Genius level IQ and extremely gifted with computers, technology and machinery. Can also absorb powers from other Supers temporarily. Jared is telepathic, telekinetic and able to teleport like his brother. He’s very direct and has a bit of a potty mouth. Also a ladies’ man.

Secrets: Though he claims to be a ladies’ man, he’s really in love with Karma, and would do anything for her. He’s jealous of his brother’s unlimited powers at times, but also worried that Jacob may never be able to take a mate or have a normal life

Dale’s Notes: Jared is rough around the edges, but I’ve been in his company long enough to sense the big heart he keeps hidden beneath the tough guy act. His ludicrous vocabulary is just a shield. He’s incredibly smart and often gets frustrated when others can’t keep up with him. I understand this, I just wish he handled it more maturely. Perhaps that will come with time. He isn’t as malevolent as he seems, just obnoxious, though can be abusive to his twin brother at times.

Hugh and I have worked at length trying to help Jared improve his people skills, but that’s mostly fallen on deaf ears. Jared’s gift is strategy, not diplomacy. He can access and assess information better than anyone I’ve ever seen, but he is still learning how to piece it together correctly. He’s rarely wrong but when he is, he’s way off target and makes dangerous decisions as a result.