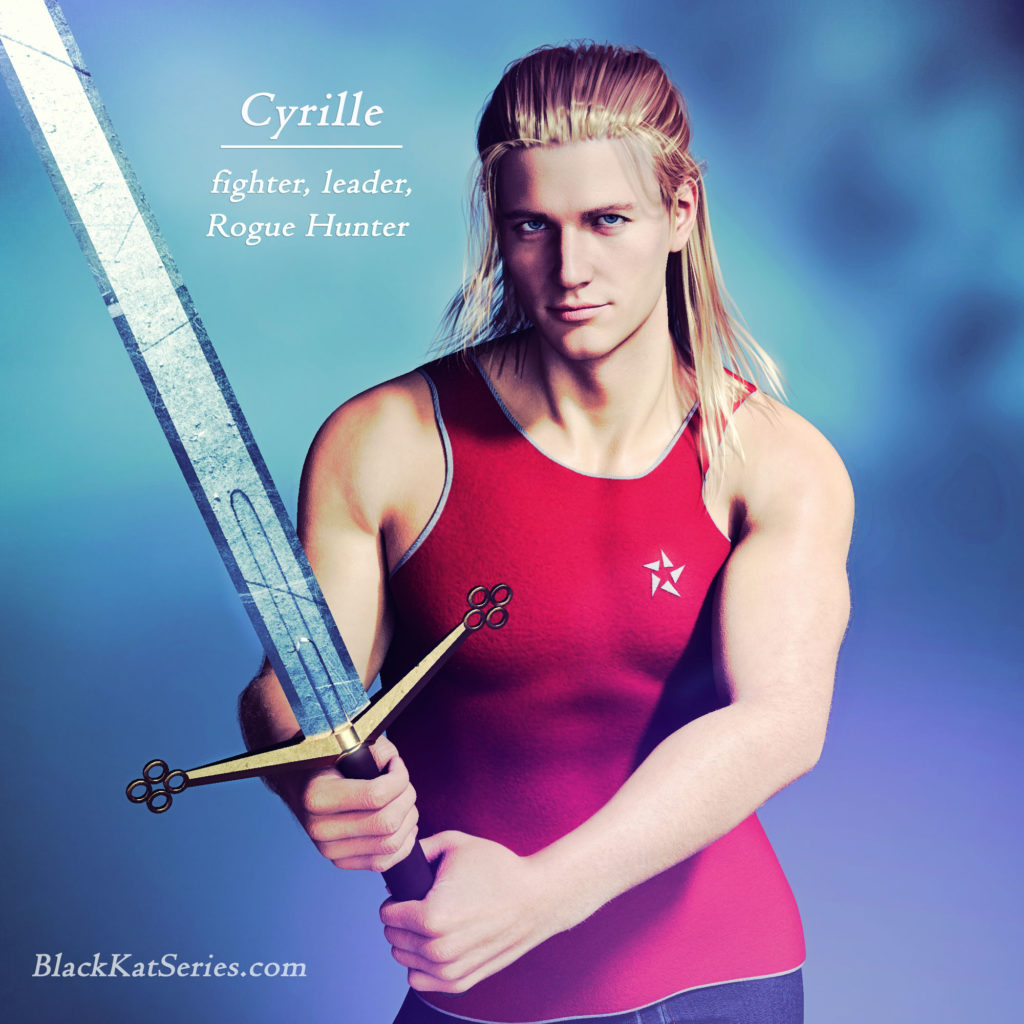 Summary: A French-Canadian fighter, swordsman and sword smith. His blond viking-like appearance and obsession with ancient weaponry of all kinds makes him seem very out of place in modern times. He and Desdemona lead the New Orleans safe house.
Closest friends: Hugh, Jacob
Secrets: Kat scares him
Dale’s Notes: Cyrille is a seasoned fighter and one of the few survivors from Hugh’s original Rogue Hunting team. Many other Supers come to the New Orleans safe house to train with him. He is also a dear and loyal friend, clinging to an ancient code of honor, as many of us Supers do. Sometimes I think we were born in the wrong time, or perhaps on the wrong planet…